MOON BOOT - The shoe brand Moon Boot was founded in the 1970s in Italy by Tecnica Group of Giavera del Montello. Designer Giancarlo Zanatta was inspired by the first moon landing in 1969 and short thereafter developed the first Moon Boot. Since the early 1970s, they have symbolized fashion, design and irony and the brand's boot was a major fashion trend throughout the 1980s. Today the Moon Boot is sold online and by retailers worldwide. 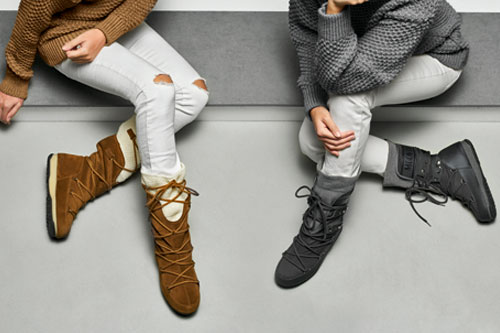